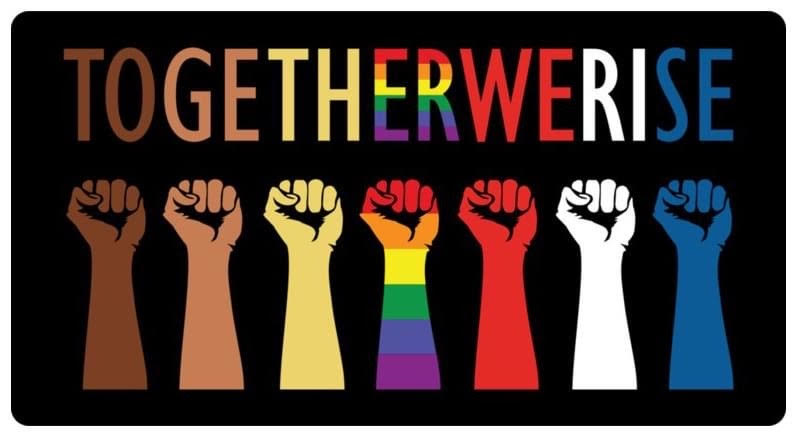 2020 has been a year of challenges and inspirations. As we all know, we were confronted with a pandemic unlike any since the influenza pandemic of 1918. We also know that two weeks ago; a black man was murdered in the streets of Minneapolis. It is clear that this incident has removed the scab from the wound of discrimination and racism that has confronted this nation for years and the blood that has flowed has been witnessed in streets of this nation and throughout the world.

Unfortunately, it goes without saying that there have been other incidents of racism against black Americans this year. So, this palpable reaction by citizens of this county to take to the streets and social media to raise the issue of racism and confront our religious, academic, and governmental institutions is understandable and welcome.

In the past, the struggles for equality for all people in America have been coupled with slogans and rallying cries. “We Shall Overcome”, “No Justice, No Peace”, “Ain’t I a Woman?!” “Power to the People” and of course the simple two-word cry, “Black Power!” Today the words echoing in the streets of America are “Black Lives Matter!”

This phrase, as with previous cries for justice, has caused some Americans to feel threatened, alienated, or even insulted. But these three words speak to the issue that has confronted America since Black people were forcibly brought to this county. Black Americans are still treated as “second class citizens” especially in our health, legal, and academic institutions. Black People are, as Ralph Ellison some eloquently noted in his nel the “Invisible Man,” still invisible to mainstream America.

As residents of the UDCA we now have a moment to reflect on discrimination in America and how we treat our neighbors. At this moment, the UDCA Board wants to make it unequivocally clear that we recognize and affirm ALL people no matter their race, gender, religious affiliation, age, or sexual orientation. ALL are welcome in this neighborhood and this neighborhood recognizes that diversity is the key to a vibrant and sustainable community.

Thank you for sharing this moment with your elected board members. Stay safe and stay engaged.

Thank you,
The UDCA Board of Directors